Owning a toaster may seem somewhat archaic by most people’s standards today in a world with no bread, carb-cutting, gluten-free diets. However, they still have a valuable and useful place just about every household regardless of size. Breakfast remains one of the most important meals of the day. Also, the value of being able to quickly prepare hot food that can easily travel with you cannot be overstated. Let’s look at what a toaster can do for you and your household, as well as some suggestions for what foods you can prepare using a toaster to make your mornings bright, happier, and more convenient. 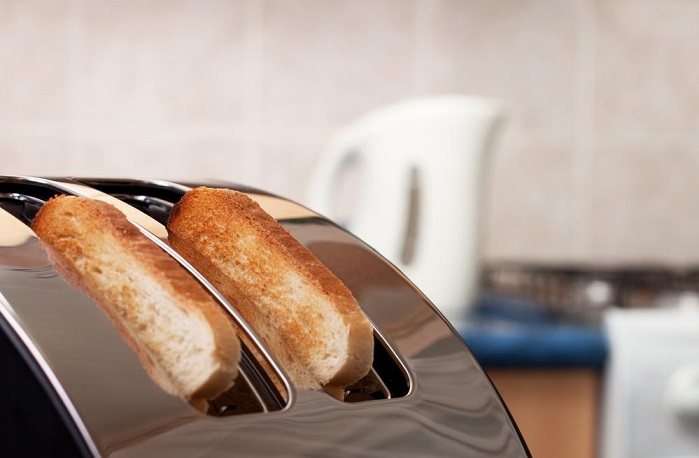 What Do You Use A Toaster For?

A toaster is traditionally used for quickly and easily toasting both sides of sliced bread in order to serve it hot. It is not uncommon to serve slices of toast topped with butter, soft cheese, or jelly/fruit preserves. Toast is a staple of breakfast throughout the western world, particularly in the United States and Europe. A slice or two of toast is always a part of everyone’s image of a healthy breakfast.

There has been some concern in recent years about the health risks of consuming processed, factory-made sliced bread. This is due to its nutritional content and high amount of carbohydrates per serving for even one slice of toast without a topping. However, with the the wide variety of sliced and whole loaves of bread sold around the world today, choosing healthy alternatives has never been easier.

Whole grain breads provide healthier amounts of complex carbohydrates that provide long lasting energy to get you through the morning and start your day off right. You can also spread peanut butter, almond butter, or cashew butter on your toast to add a healthy dose of energy-producing fats and protein to give your body an extra boost first thing in the morning. Even though the popular trend among nutritionists is to avoid bread in general, the right kind of bread can prove a valuable and convenient source of healthy nutrition any time of the day, every day.

How Do You Use A Toaster?

Most electric toasters operate much the same as they have since the early 20th century. The two slotted openings at the top of the toaster are where you put your untoasted slices of bread. The bread rests about halfway into the slot on a metal bar. Inside the toaster itself, the bread will be surrounded by toasting racks on either side. Behind these toasting racks are the exposed electric heating elements that toast the bread.

A lever on the front of the toaster itself is pressed down, and the slices of bread descend fully into the toaster, evenly exposed to heating elements on both side. A thermostat and timer keep the bread inside the toaster exposed to the heat until the internal temperature reaches a preset level, at which time the spring-loaded catch of the lever is released and the toast “pops” up. However, in the 21st century, toasters aren’t just for toasting bread anymore.

Many modern toasters come with multiple toast functions such as toast, pastry and bagel preset buttons so you can choose the right function for your food. It is also important to find the right toaster that can allow you do toast different types of food. Things to consider when buying a toaster include wide toaster slots, multi toast function and shade dials.

What Can I Put In A Toaster?

Toasters can heat up a wide variety of items such as toaster pastries, waffles and pancakes. Certain breakfast pockets with breakfast meats can be heated up and toasted to perfection in a toaster. Many people prefer preparing their breakfast in a toaster as it is more convenient, less time consuming, and uses less energy than preparing breakfast on a regular stove or in a regular oven. There is also something uniquely satisfying about the traditional western breakfast of eggs and toast with a protein such as sausage or corned beef.

Related: How to Clean and Maintain a Toaster?

What Should I NOT Put In A Toaster?

Typically it is a bad idea to put any food in a toaster that is not specifically intended for being prepared using a traditional bread toaster. Attempting to prepare other foods in a toasted can permanently damage your toaster, result in an electric shock hazard, or worst of all in a fire hazard. Always check the packaging of the food you are preparing before attempting to prepare it in a toaster.

All in all, a toaster makes an ideal addition to any 21st century kitchen. It provides delicious, hot food with minimal effort in a very short period of time. Furthermore, most toaster-friendly foods can be stored in a freezer or kept in a bread box. This makes them easy to store as well as quick to prepare. If you don’t currently have a toaster for your kitchen, you should definitely consider investing in a two slice or four slice toaster to add something warm and comforting to eat to your morning routine. In the long run, you will be glad you did.

What Can You Cook in a Toaster Oven?

2 responses to “What is the Use of a Toaster?”