How do You Bake in a Convection Oven?

Convection ovens still aren’t the most common kind of oven you can find in a home. Traditionally, homes come with standard ovens that do not bake by convection. Even though baking ovens used to be just for the upper crust bakers and serious chefs, you are starting to find convection ovens more and more commonly in homes.

What you Need to Know About Convection Ovens 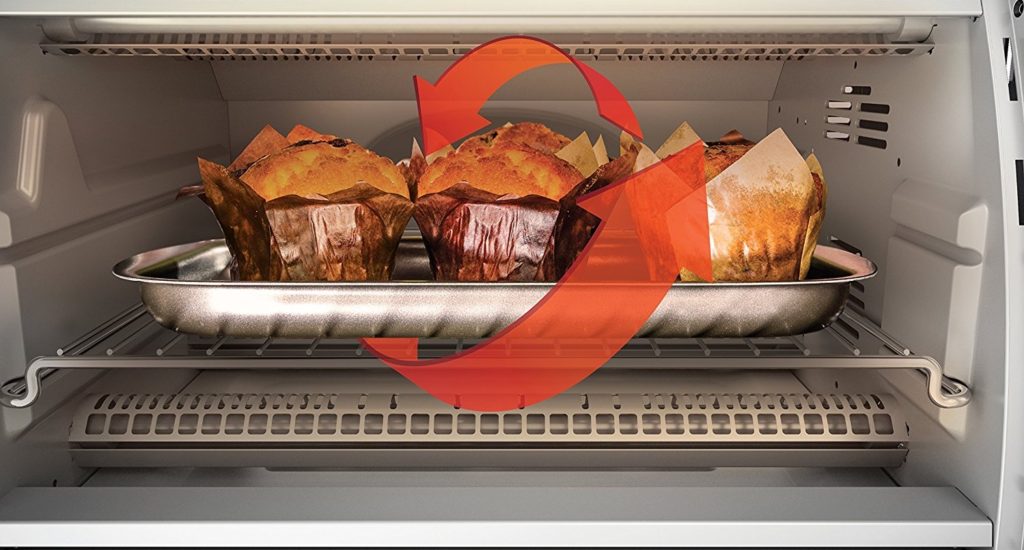 Traditional ovens use two heat elements, on the top and bottom of the inside of the oven, to cook and heat your food. Convection ovens use heating elements, but also the use of a fan to circulate heat evenly throughout the oven. With a traditional oven, you will get hotter and cooler areas of the oven, and therefore hotter and cooler zones in your food, convection ovens remedy that by the even circulation of heat in all parts of the oven.

Tips on Using a Convection Oven

The first thing that you need to know about convection ovens is that they cook foods faster than conventional ovens. The even circulation of heat around the oven allows your food to cook more evenly and more quickly. You will probably want to lower the oven temperature 20-25 degree Fahrenheit from what you would bake at in a conventional oven.

Some convection ovens come with pre-programmed functions so that you can set the proper serving temperature. Breville BOV800XL Smart Oven and KitchenAid KCO273SS come with 9 functions. Both are ones of the best convection ovens available on the market.

Check on Your Food Frequently

This is usually just a good means of checking on your food toward the end of your baking time, to make sure that you don’t overcook or over-bake your food. If you aren’t doing this already, get in the habit of baking things by sight and smell, rather than just relying on a timer to cook. The more you bake with convection, the easier it will become.

Convection ovens work best when the oven has space to circulate all of that hot air in the oven. If you overcrowd your oven and stack dishes from one end to the other, the hot air won’t circulate properly, and the convection process won’t work as efficiently.

Convection ovens work best with low sided or no sided baking sheets and pans. If you are baking something in a pan that has really high walls or sides on it, that will give your oven less freedom to circulate the hot air.

One response to “How do You Bake in a Convection Oven?”