For most people, cooking is something that we like to do, even if we’re not sure of the science behind it. Take baking or broiling, for example. We all know to set the oven to a certain temperature and then put our food in for a predetermined amount of time, but do we really know how the cooking process works?

Nowhere is this more evident than when people are confronted with a convection oven. Most of the time, they are confused as to why their recipes are not turning out correctly as food is overcooked or burnt when they remove it. Well, if you’re interested in convection cooking, we are about to go over the basics, as well as differentiate between baking and roasting.

What is Convection Cooking? 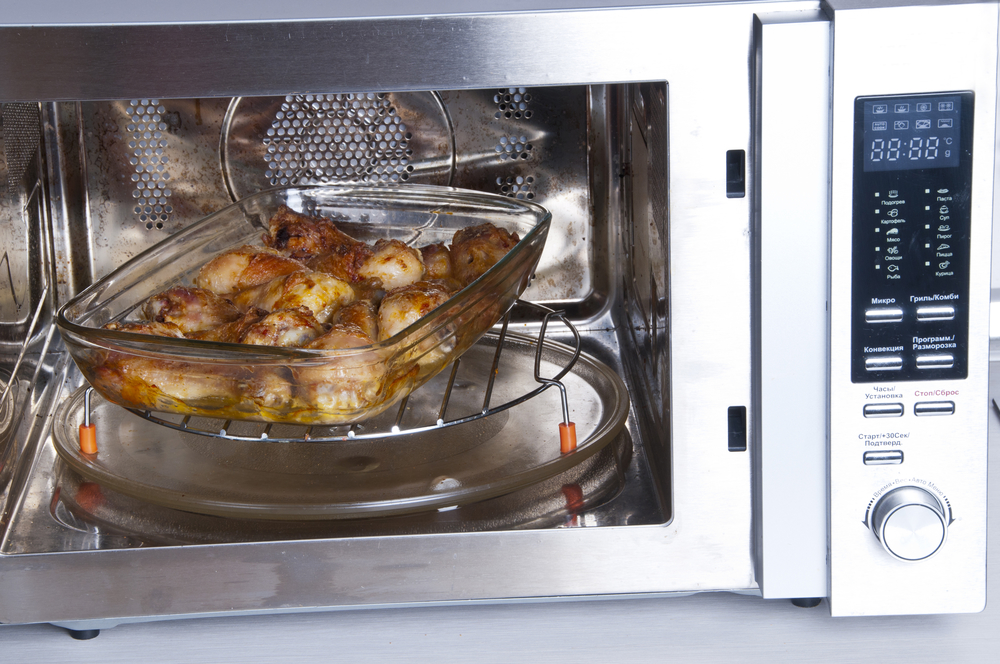 With traditional ovens, the air surrounding your food gets heated, which in turn cooks the food. However, the air in an oven is stagnant, meaning that it sits still while your cookies or your roast heats up. A convection model, on the other hand, has a fan built in that moves the air around, spreading the heat more thoroughly and speeding up the cooking process overall. Think of it like this. If you sit in a sauna, you’ll heat up gradually, but if you have a hot fan blasting in your face, then you will get burned rather quickly.

Related: What is the best convection oven?

With regular units, we use the same heat process but call it different things depending on what’s being cooked. For example, a tray of cookies in the oven are “baked,” while a turkey is “roasted.” In both instances, the temperature can be the same and we are not using a different setting on the oven, but the terms are changed.

With convection cooking, however, there is a slight variance based on whether you’re baking or roasting. In the case of roasting, the machine will use both stagnant and circulated air to cook your food faster and provide better results. For example, if you put a pot roast in on that setting it will develop a thick outer shell due to the convection process. With roasting, you are cooking more efficiently and faster than you would with a traditional model.

With these new ovens, the baking process is almost the same as it is with a regular model, as the device uses both top and bottom heating elements to provide a more even heat to your food. Circulation, in this case, is minimal so as to allow the food to bake thoroughly. Since circulated air does create an outer shell (as with our pot roast), the oven doesn’t use it as much for baked goods as that can cause a disparity between the outside and inside of the food. Simply put, it makes sure that you don’t have a crunchy shell with an unbaked center. Learn more about how to bake in a convection oven.

Overall, convection cooking is much better than traditional methods because it is far more efficient and the results can be phenomenal. The biggest challenge with these devices is relearning how to use them, as we are all trained on standard ovens and have recipes that are based on those results. As a general rule, you will want to reduce the temperature of the oven by about twenty degrees or so and reduce the cooking time to ensure that you don’t overcook on accident.